Video game development studio
We created and programmed the Christmas time promotion campaign of the “Press Play” company. The idea of the campaign was to take the worst Christmas photo and post it on the website. We have created the entire campaign functionality from logins to photo uploads.

About the client
Press Play was a video game development studio based in central Copenhagen in Denmark. Since 2006, Press Play have released five titles, including the Max & the Magic Marker, Max: The Curse of Brotherhood and Kalimba. In 2012 the studio was acquired by Microsoft and Press Play was then part of the Microsoft Studios family along with other studios like 343 Industries, Rare, Lionhead Studios, Turn 10 Studios and Twisted Pixel Games. On March 7, 2016 Microsoft announced the plan to close Press Play, and their title, Knoxville, was cancelled. On March 10, 2016 Press Play was officially closed by Microsoft Studios. After the closure, the founders of Press Play founded a new studio called Flashbulb Games, and is working on a new sandbox game called Trailmakers. 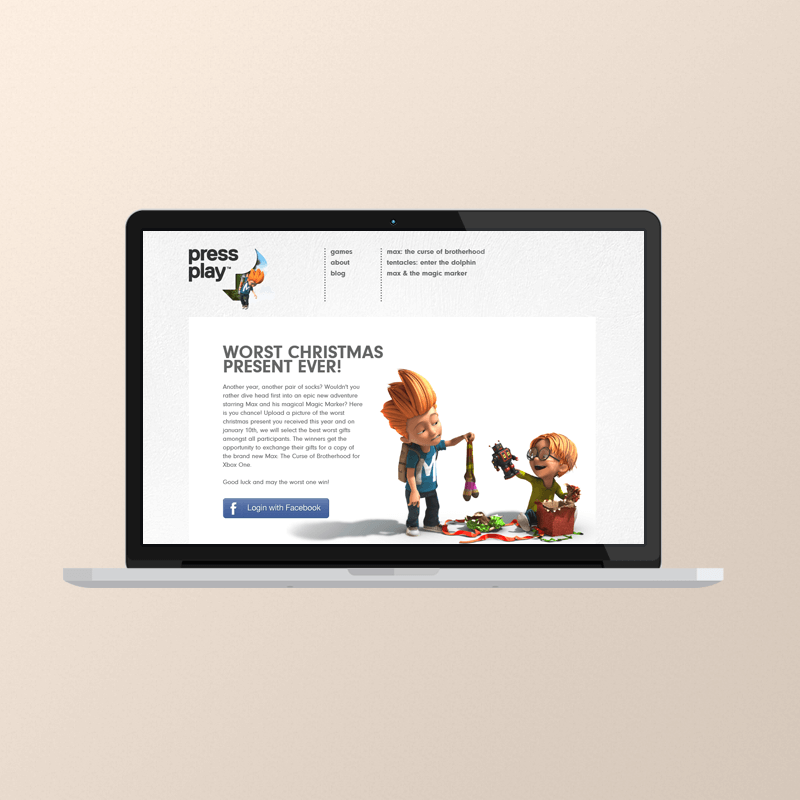 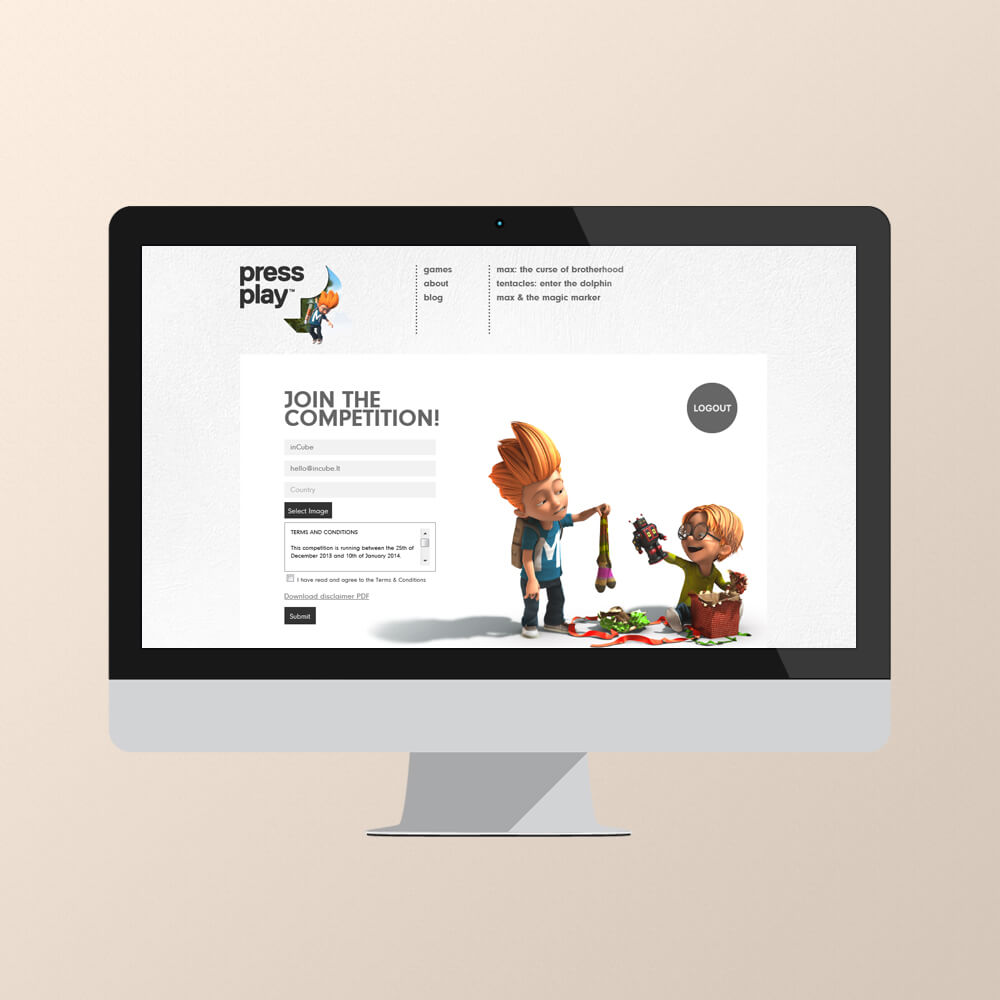