Festival website
Each consecutive year we deliver a new website to the client so that it would be up to date in terms of new designs and style. One of our core stone clients.

About the client
Inconvenient cinema – since 2007 the annual international human rights documentary film festival, unique with its program and format. This is a social-cultural project, in which everyone can participate. During the festival, a rich documentary film program was presented in Vilnius and other Lithuanian cities, meetings with cinematographers were organized, discussions with film heroes, human rights activists and experts were organized. In spite of the festival’s social mission and non-commercial character, Inconvenient cinema is also one of the most visited cinema events in Lithuania and the only such film festival in the Baltic States. 2017 The festival attracted almost 16,000 spectators throughout Lithuania. 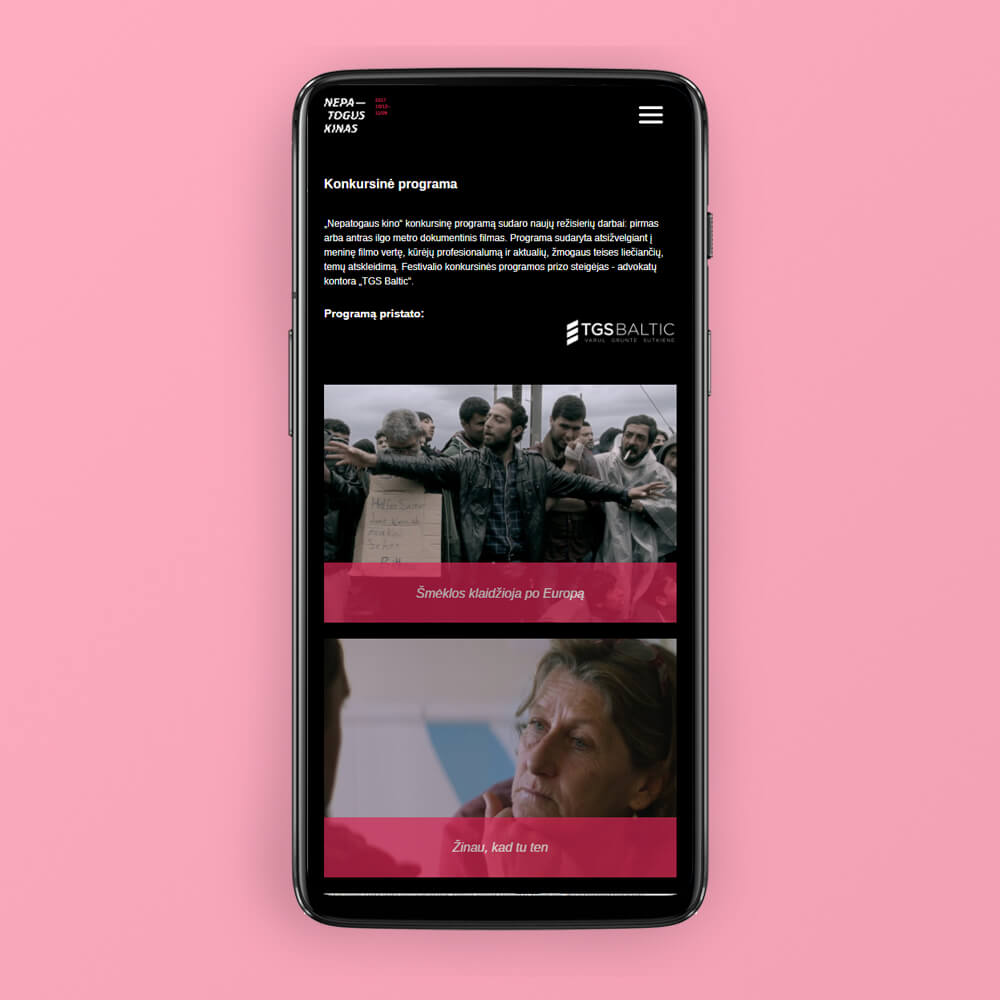